The cattle farm which commissioned this plant lies in a small village in a corner of the province of Padua adjoining the province of Vicenza. It is equipped with a biogas generation facility, and the biogas produced by the fermentation of the manure produced by their 1000+ head of cattle is used to fuel two MAN gensets.

The supplied ORC system has the purpose to increase the efficiency of this small-scale thermoelectric power plant, born to take advantage of the favorable incentives for small-scale energy production from renewable sources.

This heat-recovery system – based on a ZE-50-ULH Organic Rankine Cycle module – produces an additional 50kWE by converting residual heat from the cooling jackets and exhaust fumes of the above mentioned gensets into electricity, thus increasing overall plant output and efficiency.

The ORC module is in this case located outdoors, under a lean-to. Upon client request, the ORC control system has been customized, to allow its placement inside a nearby existing shelter (which also hosts the control boards for the engines and the fermentation plant) instead of being installed on board the skid as usual. 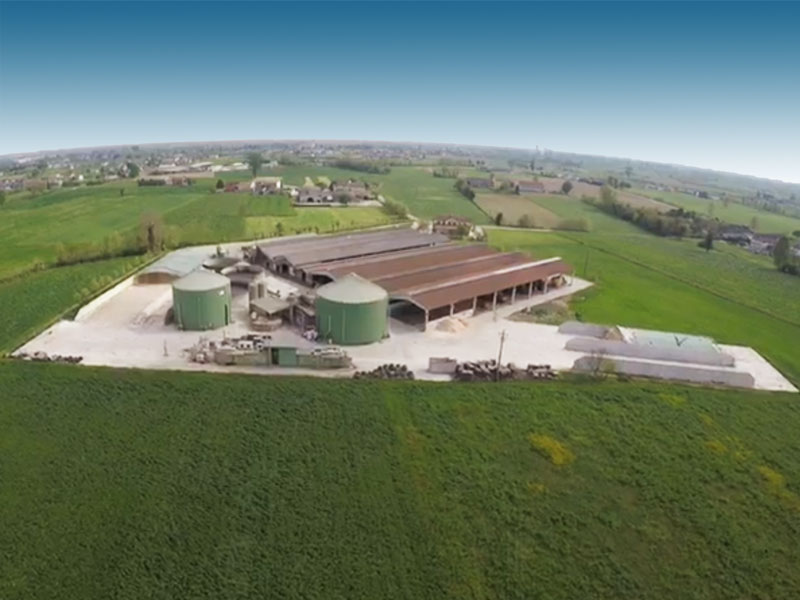 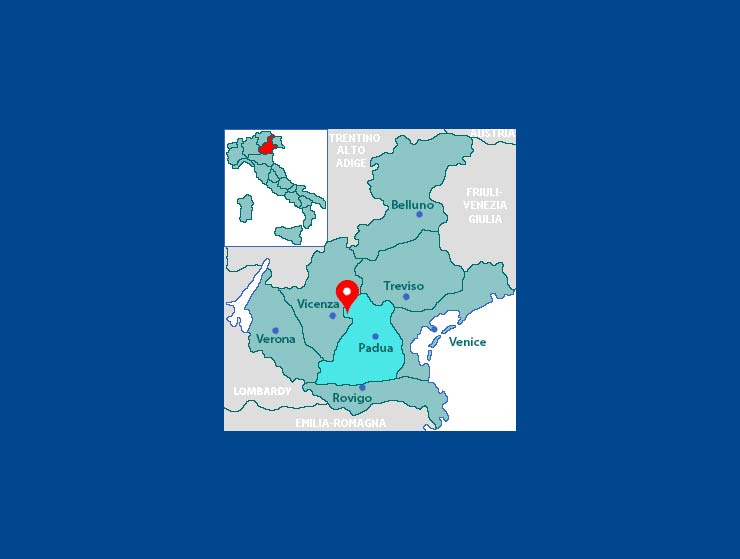 The cooling system used in this plant is peculiar, as it uses neither cooling towers nor dry coolers: cooling water – potable but very cold water taken from a local well – is just fed as drinking water to the cows after being brought to room temperature by passing through the heat exchangers of the ORC cooling stage, thus avoiding the gastrointestinal problems drinking too cold water can give them. The food-grade stainless steel walls of the exchanger give rise to no contamination.

The fuel used in this plant (biogas) is an environment-friendly, renewable power source, made cost-effective also by state ad regional incentives. It is also CO2-neutral, as the CO2 its combustion releases is the same that was captured by the plants upon which which the cattle fed

An aerial view of the complex 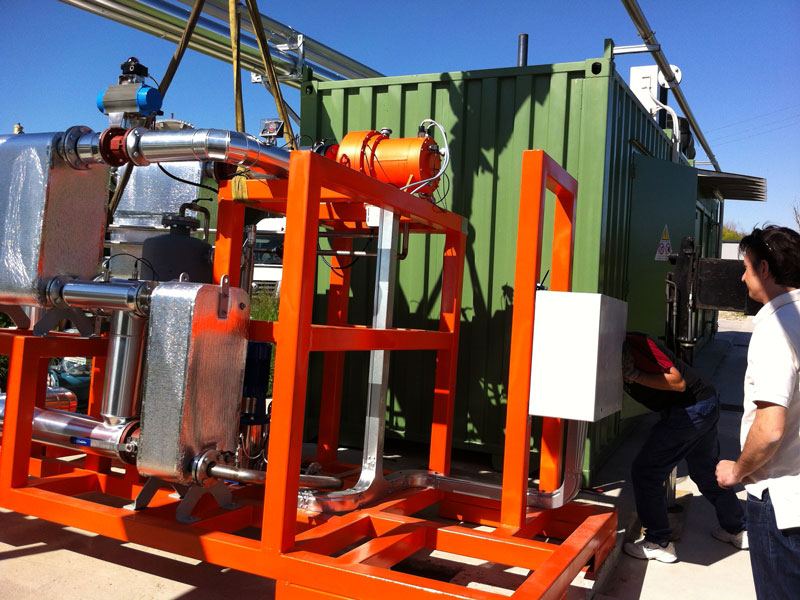 The ZE-50-ULH skid being installed on location 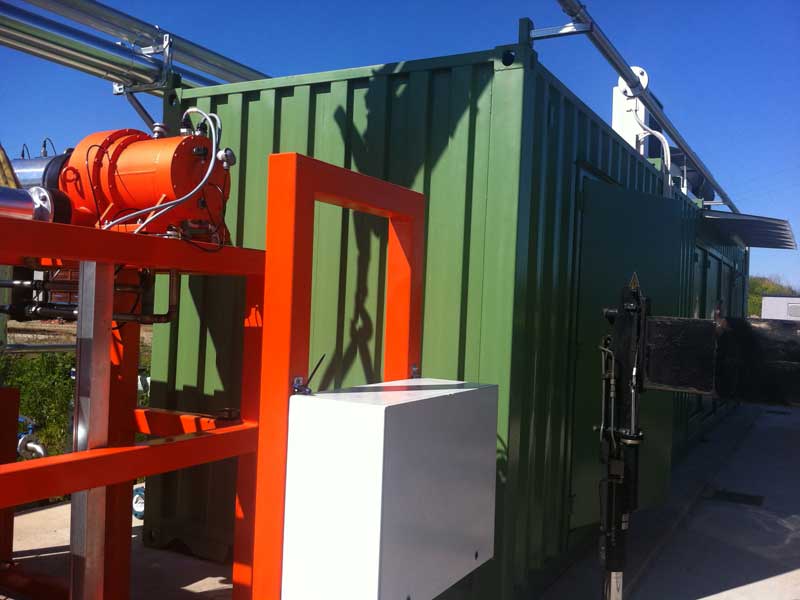 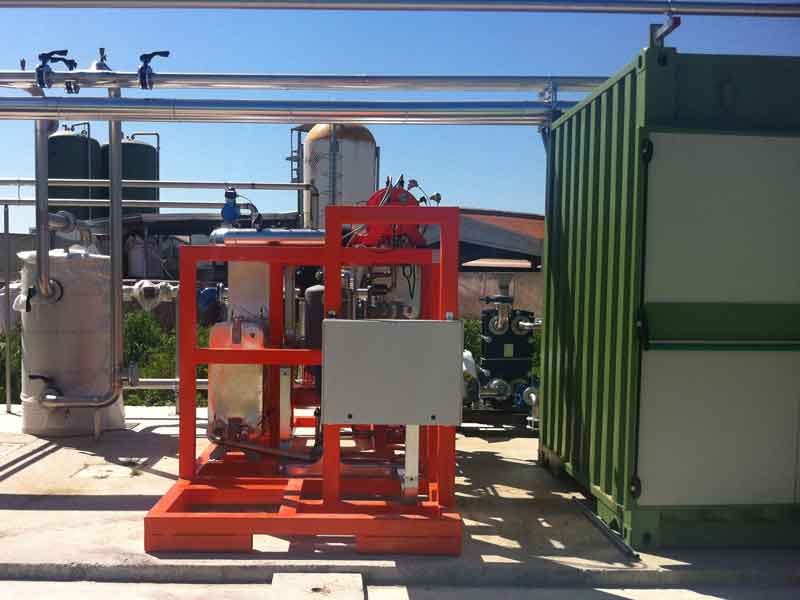 The ZE-50-ULH ORC module skid seen from the front 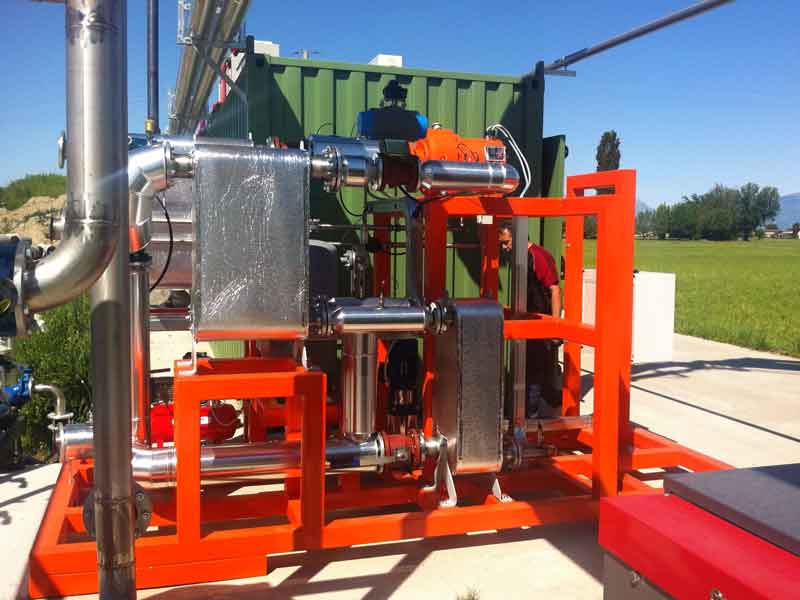 The ZE-50-ULH ORC module seen from the side 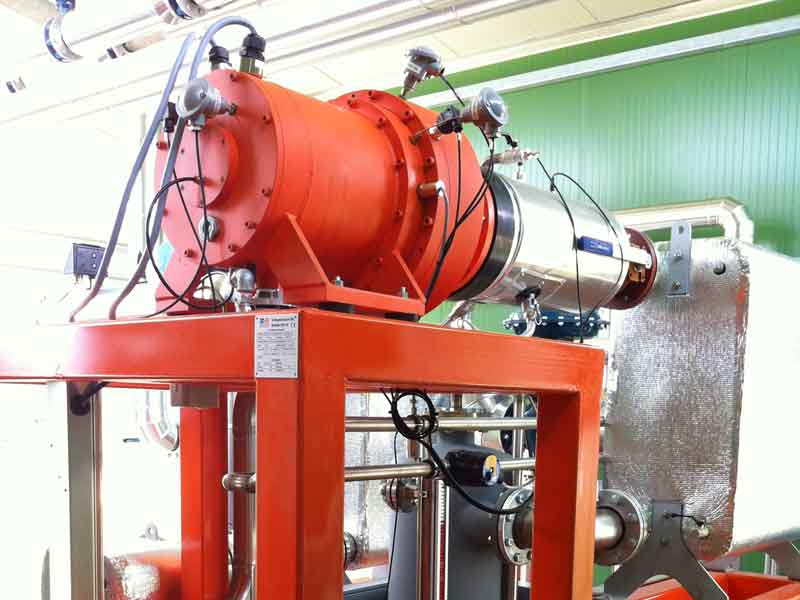 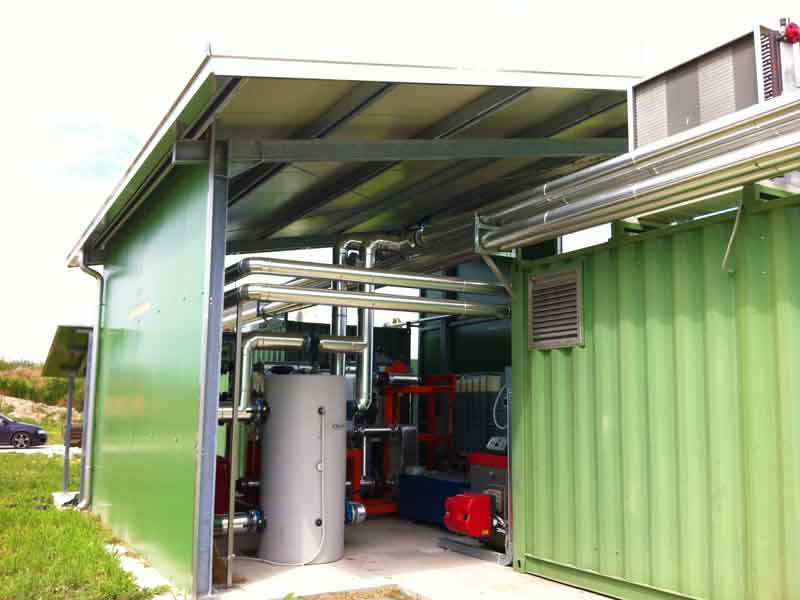 The ORC module under its protective lean-to 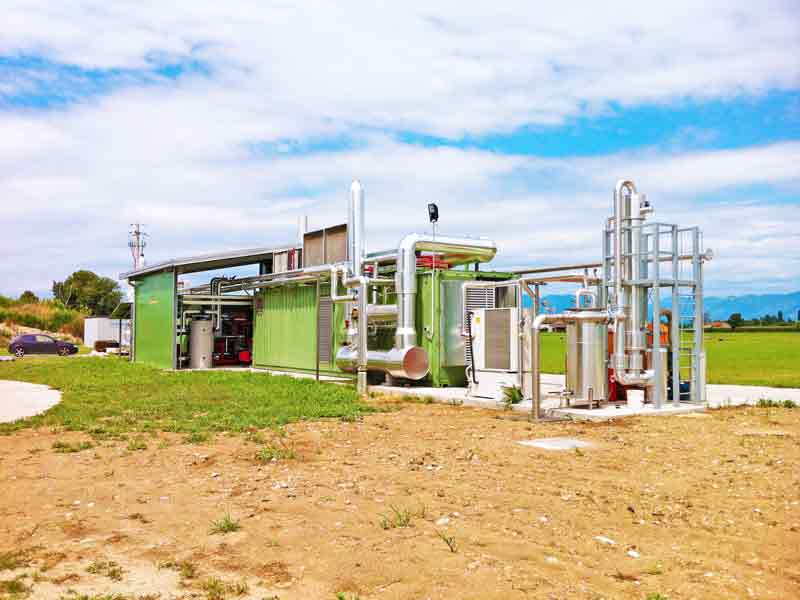 The complete installation (north side) 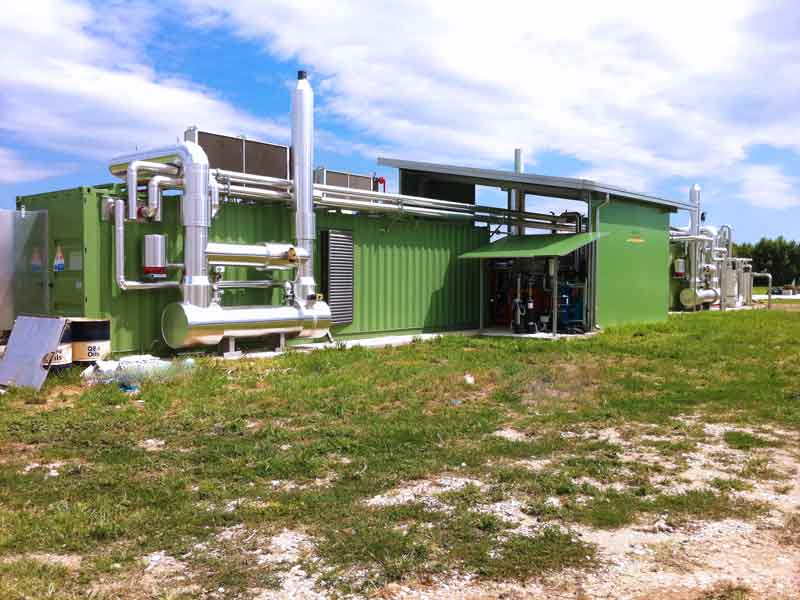 The complete installation (south side)