The client who commissioned this plant is a livestock farm specializing in cattle and located in the province of Venice, Italy, which has decided to acquire a biogas production system fueled by the fermentation of the sewage created by its cows.

The biogas produced in the fermenting tanks is used as fuel for a micro power plant based on a 637-kW engine by the german firm Jenbacher. Said plant takes advantage of the favorable all-comprehensive tariff the Italian government grants to new small power plants powered by renewable energy sources

The LT-ORC module is entirely contained in a custom container, located outdoors, which is both compact (4,2 x 1,5 x h 3,1m) and totally weatherproof. This container hosts the whole ORC system, including turbine, secondary heat excangers and control panel, as well as a climatization system for the control panels. Cooling for the condensation part of the cycle is ensured by an EvapCo cooling tower located beside the container 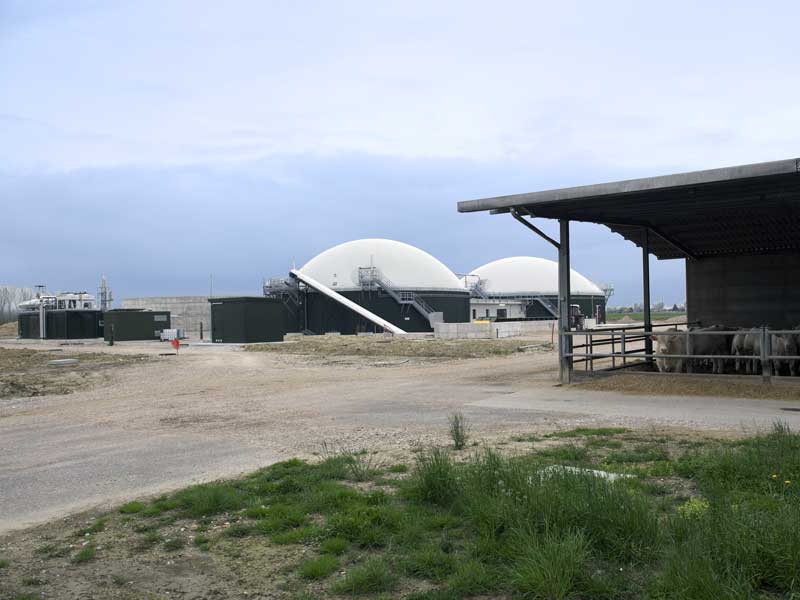 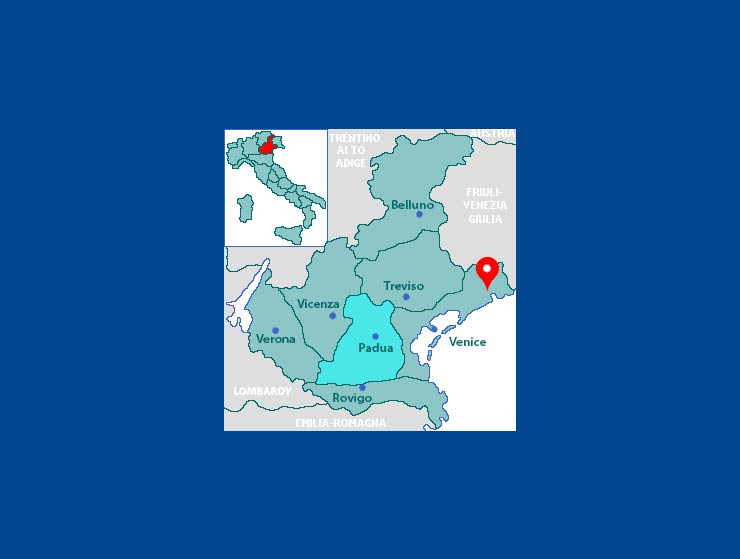 The fuel used by the Jenbacher engine (biogas) is an environment-friendly, renewable energy source made competitive by state and regional incentives. It is also CO2-neutral, as burning biogas releases in the atmosphere the same quantity of CO2 which was once captured by the plants that went to feed the animals.

A general overview of the plant 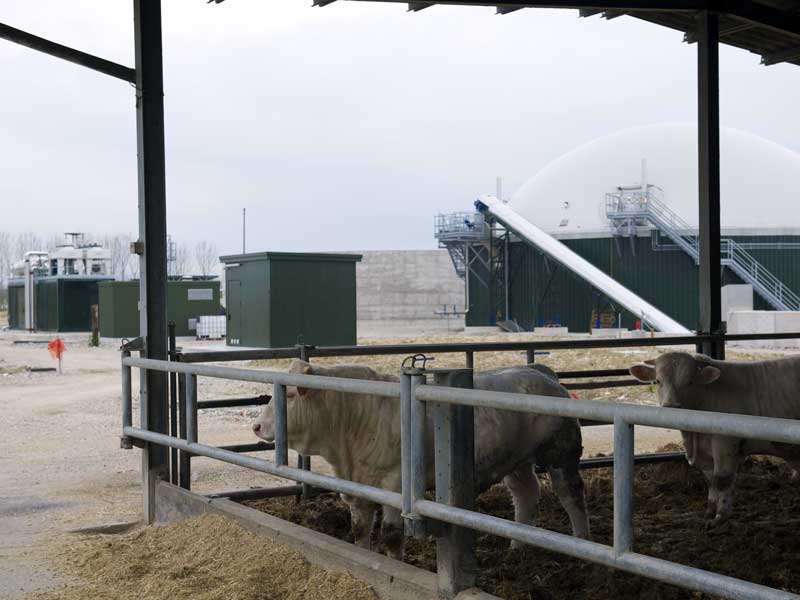 The plant as seen from one of the stables 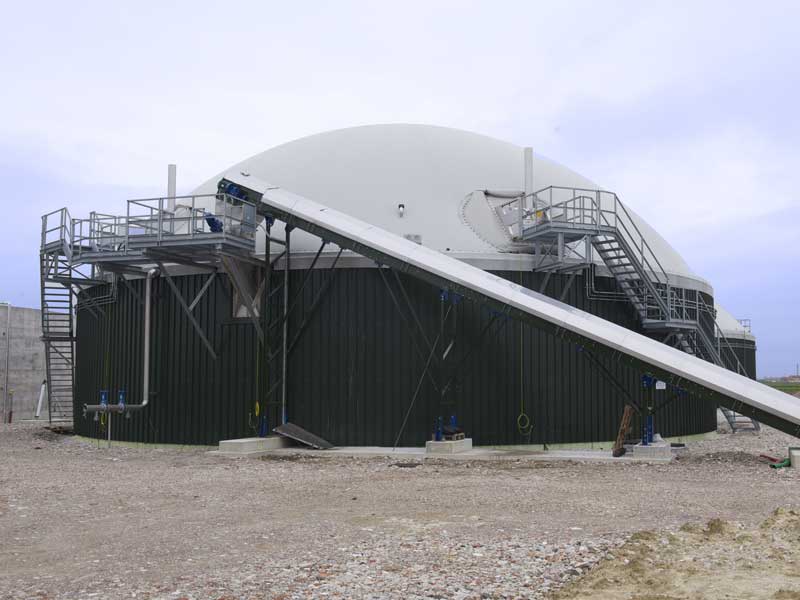 One of the two fermenters with its loading screw 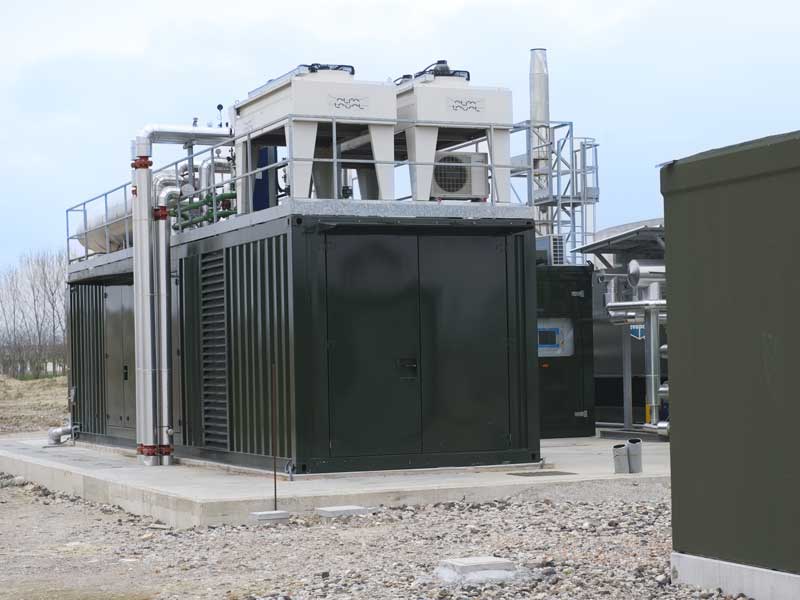 The container hosting the biogas-fuled engine 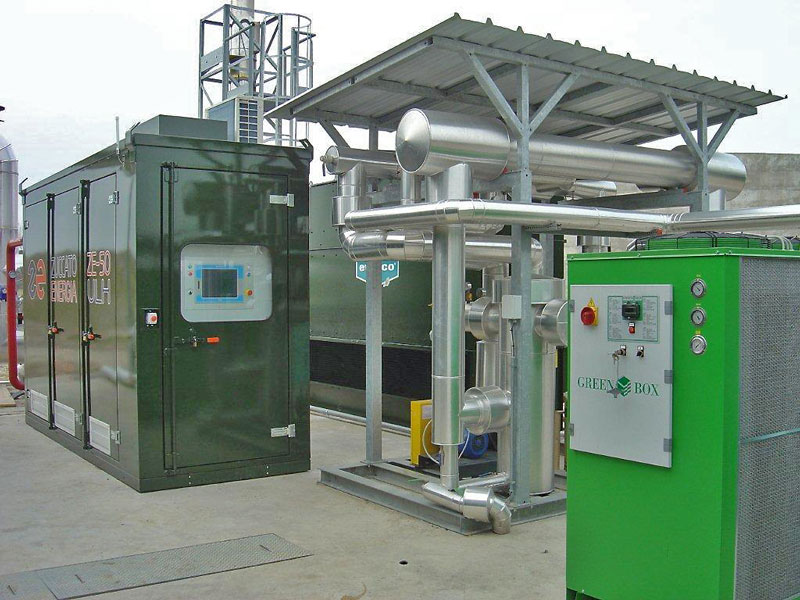 The ORC module (control panel side) 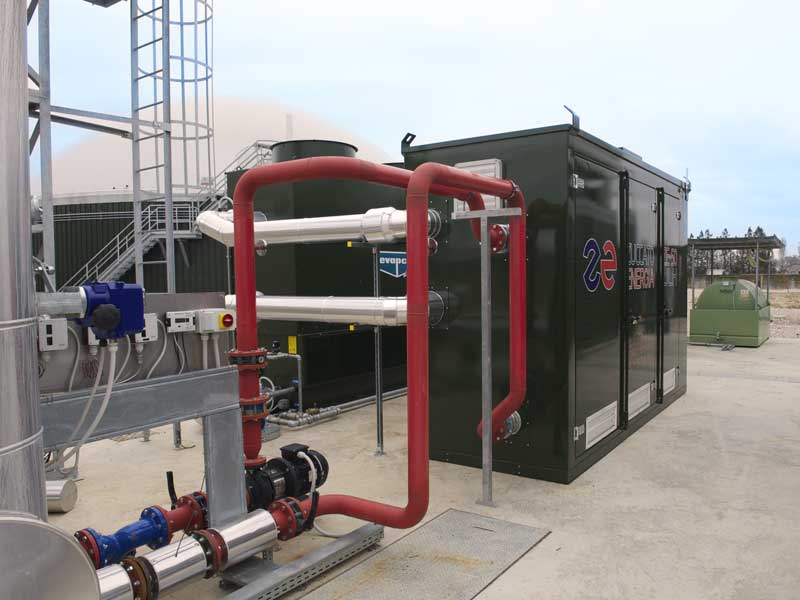 The ORC Module (connectors side) 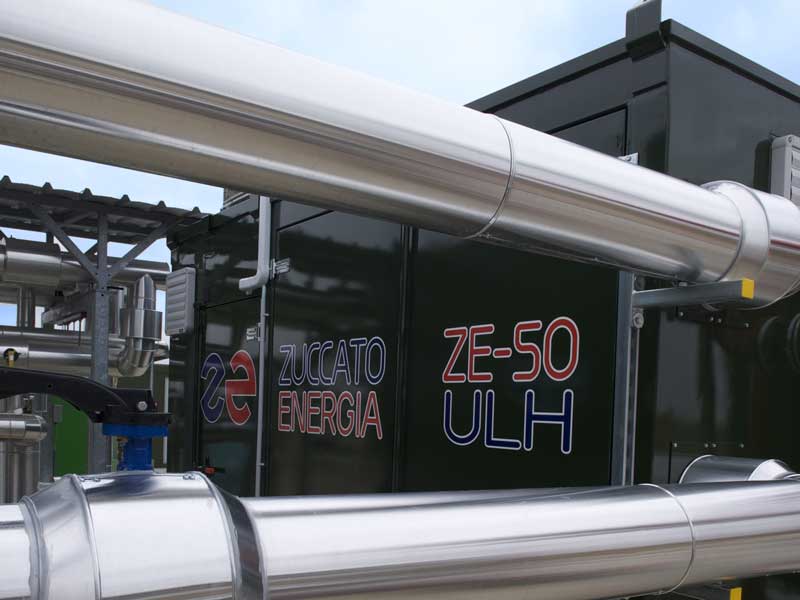 The ORC Module (back side) 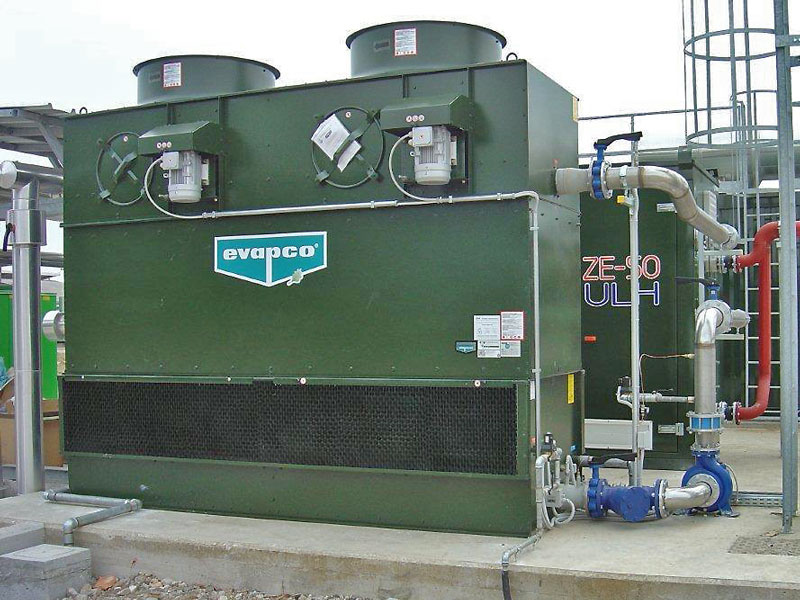 The cooling tower supplying the condenser 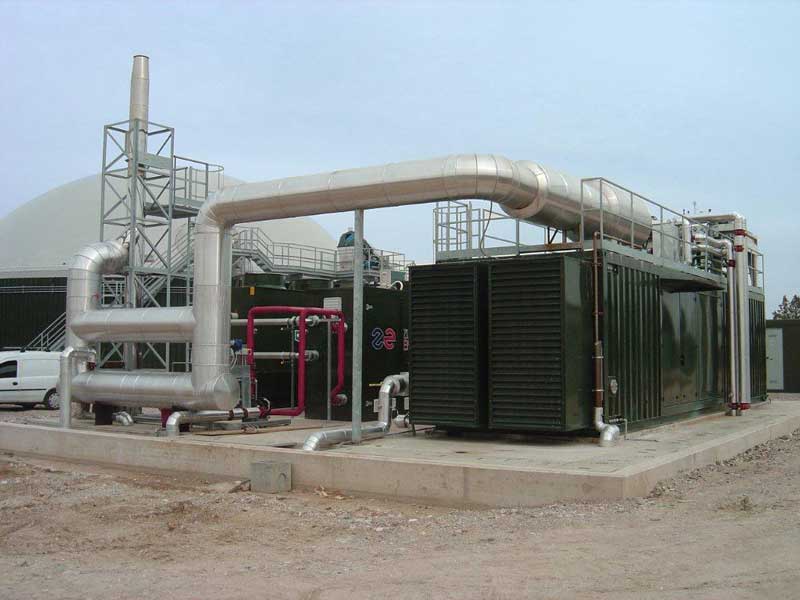 A general view of the plant seen from the back