The core business of the poultry farm in the province of Pordenone which commissioned this plant is to raise broilers, i.e. meat chickens. They chose to solve their poultry manure disposal problem by burning said manure into a special boiler, producing overheated water which is fed to an ORC system to produce electric power, thus taking advantage of the incentivated tariffs awarded by the Italian government to newly built small power plants fueled by renewable sources.

The system used in this installation is a ZE-150-LT ORC power generation module, downgraded from 150 to 140 kWE for fiscal reasons, that operates using the heat fed to it by the boiler via a safe and efficient overheated water loop.

The ORC system is hosted indoors, in a dedicated room. As the client has a low-voltage connection to the power grid, the inverter system is hosted in external cabinets instead of on board the skid as usual. Another peculiarity is the use of an air cooling system (aka dry cooler) to cool the fluid in the condensation phase of the ORC instead of the commonly used evaporative cooling tower. 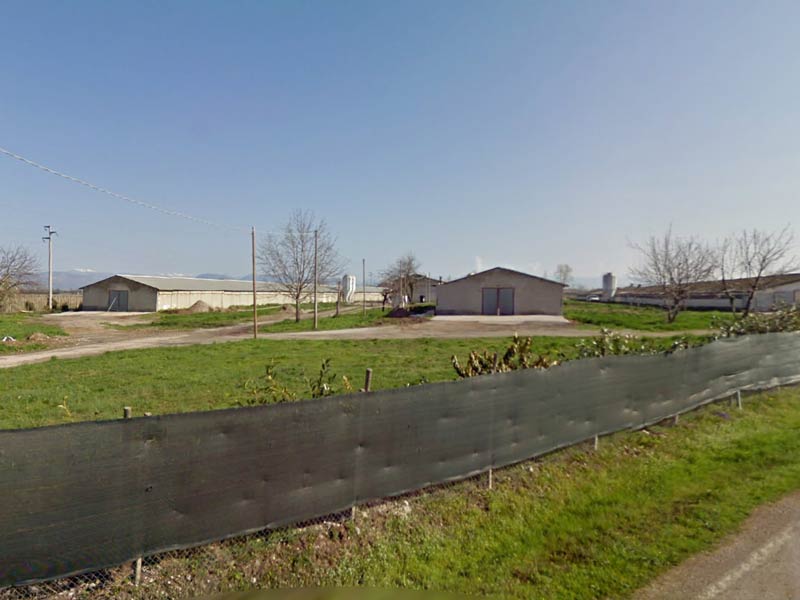 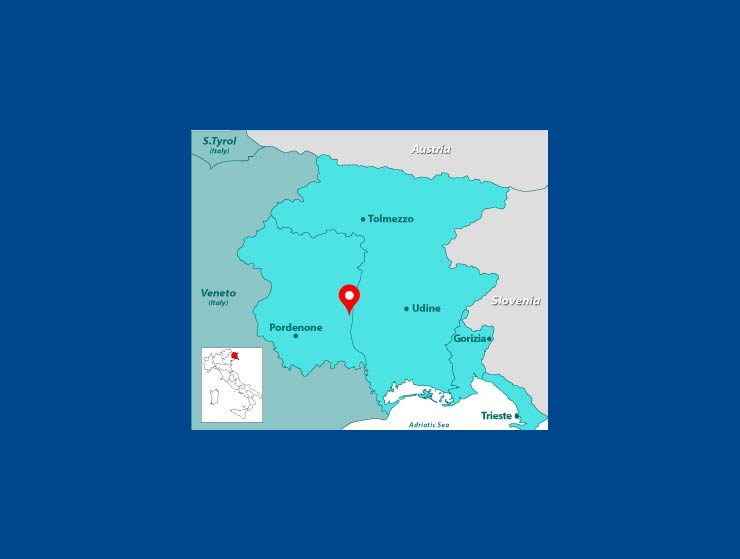 The fuel used in this plant is the so-called “pollina”, i.e. a mix of poultry manure, litter, feed residues and feathers. A recent Italian court ruling has confirmed that this material can be considered as biomass and as such can be used to fuel renewable energy plants.
The use of this biomass to to produce electric power is very interesting with regards to performance and gives access to state incentives; it is, however, quite a dirty-burning material, so the plant was equipped with a state-of-the-art flue gas processing system which makes it conform with atmospheric emission standards.

A general view of the farm 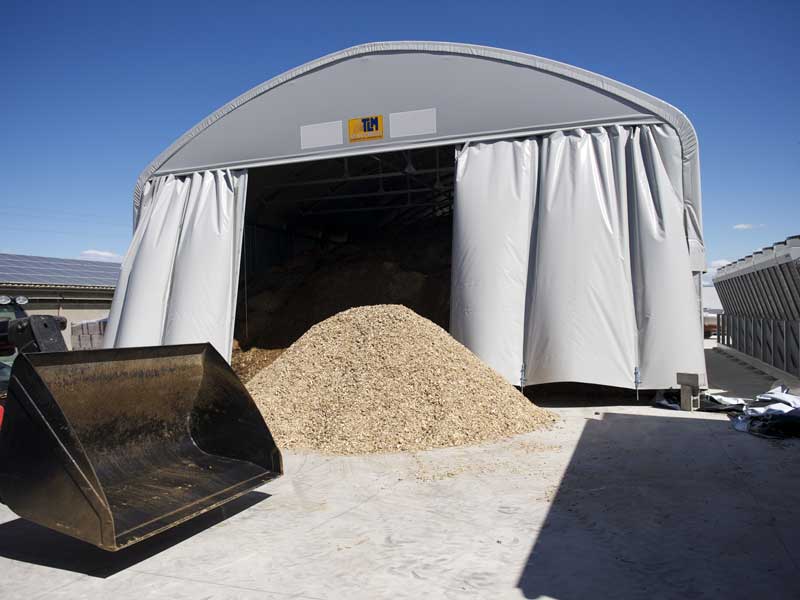 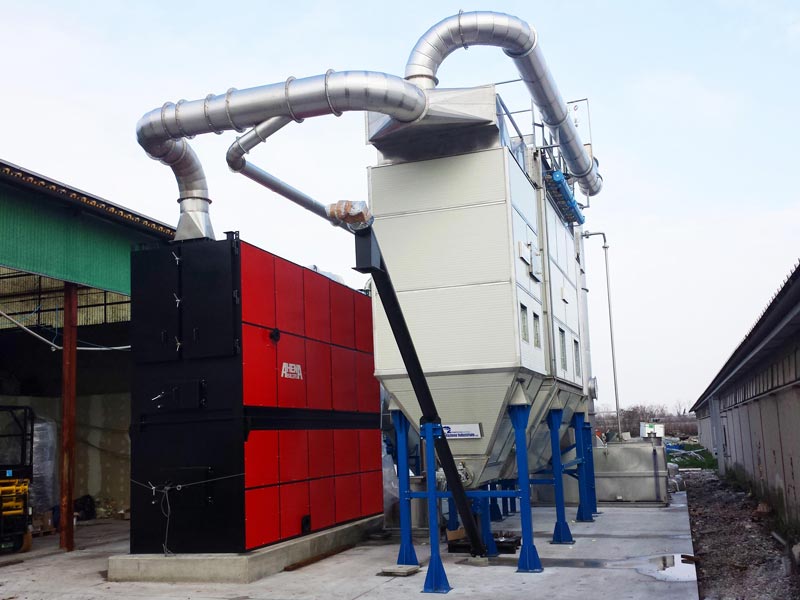 The boiler (L) and the flue gas treatment system 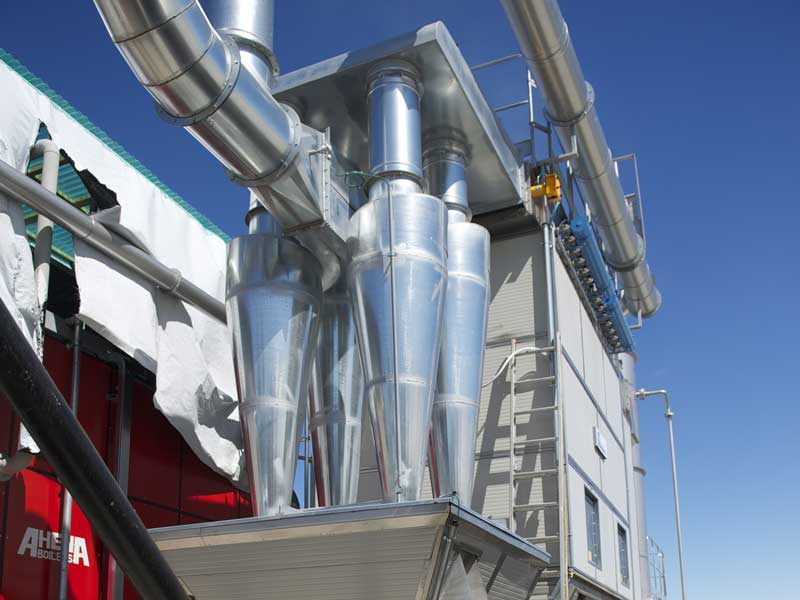 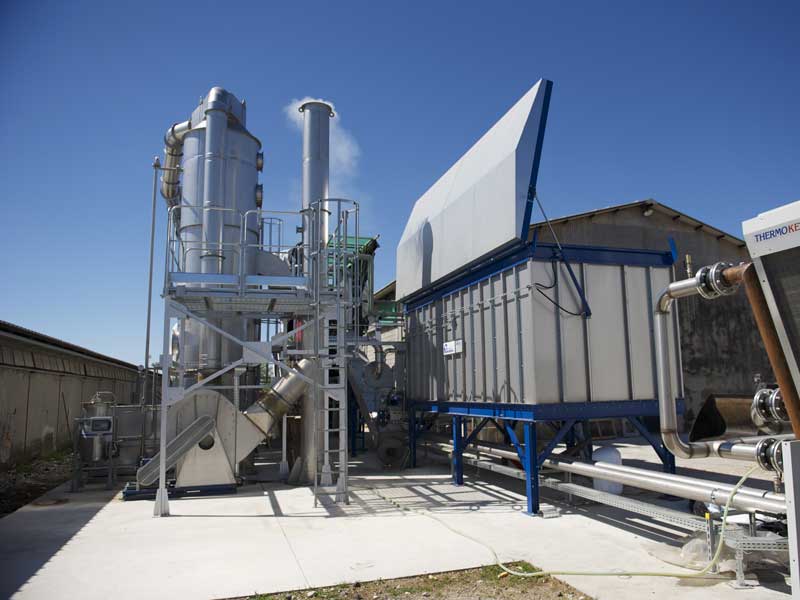 The fuel feeding hopper and the chimney 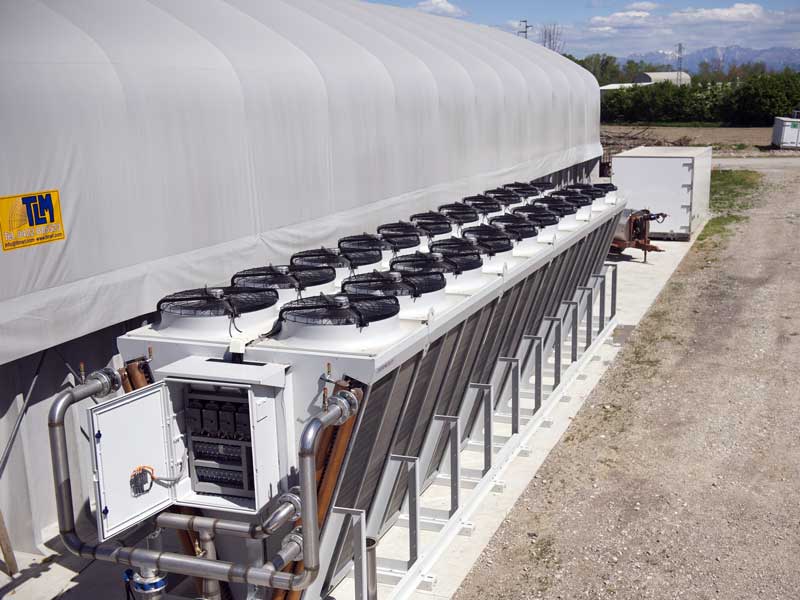 A general view of the dry cooler 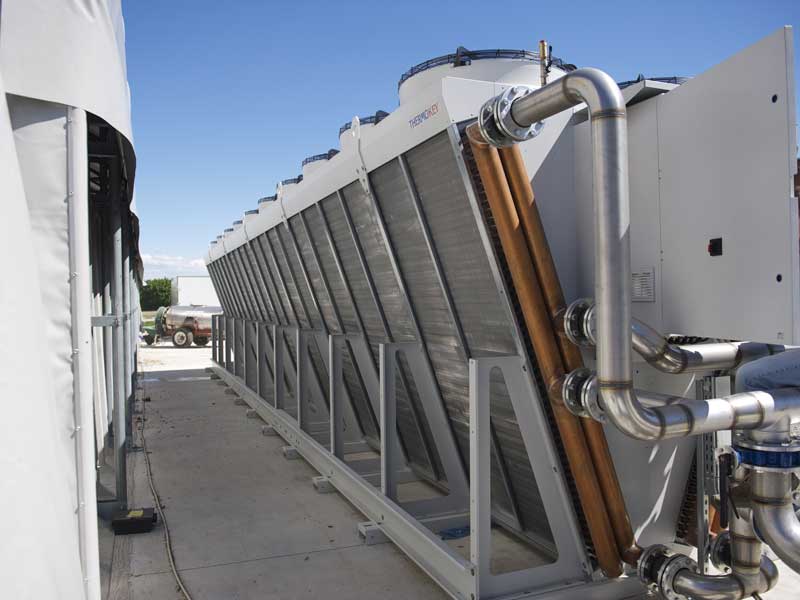 A detail of the dry cooler 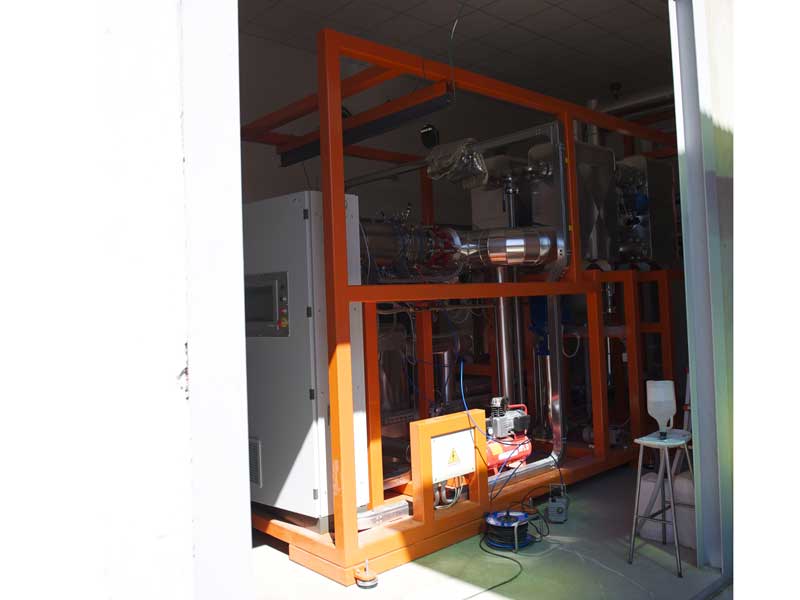 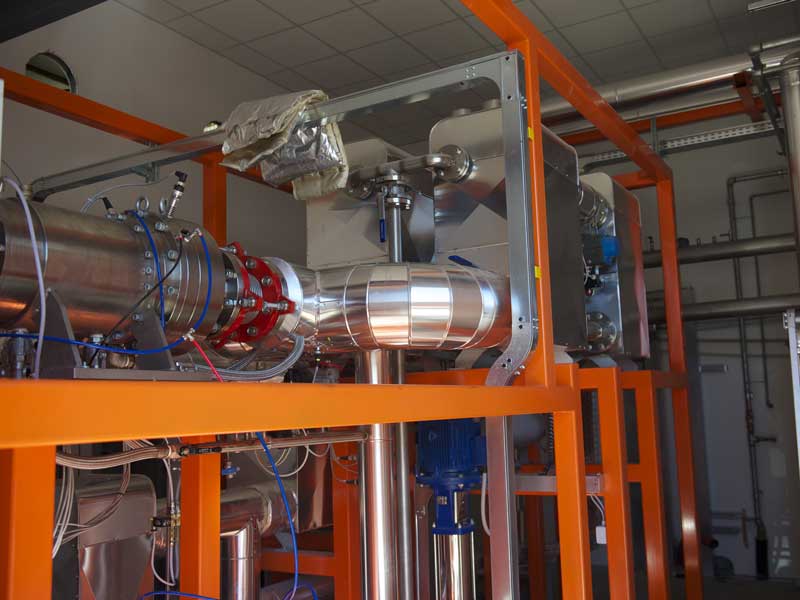 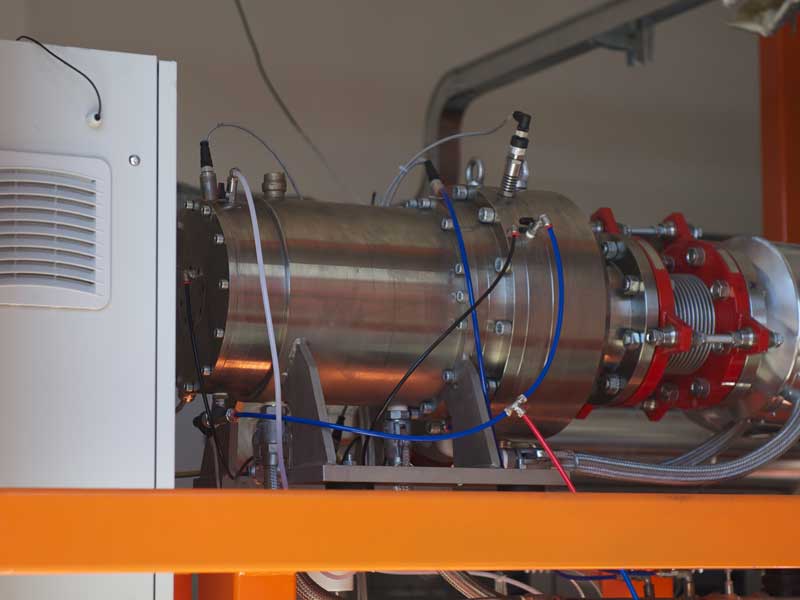