This plant is located in a German village in Lower Saxony not far from Bremen. Its function is to optimize the efficiency of a micro-thermoelectric powerplant based on a biogas-fueled MAN genset by recovering its waste heat, thus making the whole plant eligible for the incentives set forth by the Federal german government for those who set up a microgeneration plant based on renewable energy sources.

The system installed here is a standard ZE-40-ULH ORC module, with a nominal output of 40 kWE, which operates by recovering waste heat from the cooling jackets and flue gases of the genset, thus giving a significant contribution to the overall system efficiency

The ORC system used in this installation is hosted inside a small hangar located in the country just outside the village. The plant is fully operator-independent and entirely monitored and managed via the Internet.The compactness of the ZE system has made it possible to host the skid – containing the turbogenerator, heat exchangers, and control panels in a corner of the hangar, just behind the containerized genset. Cooling for the condensation stage is ensured by two small dry-coolers located just outside the hangar door. 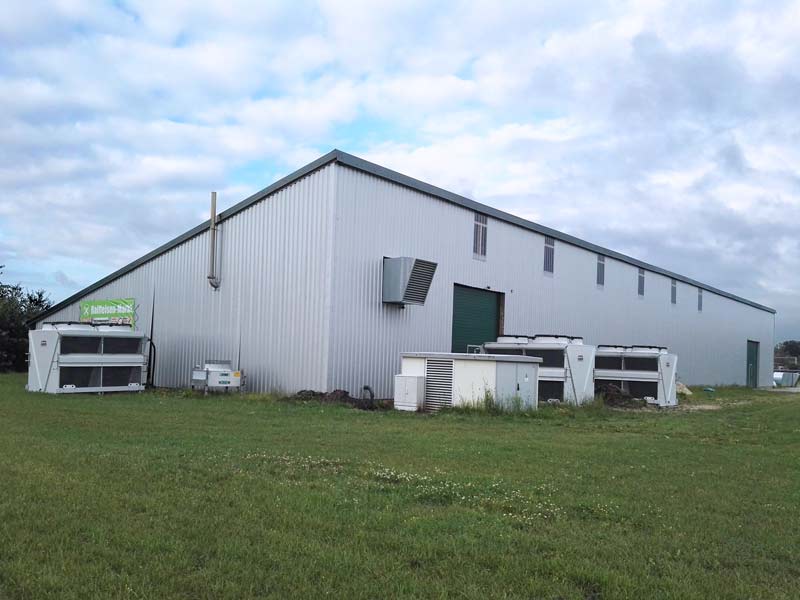 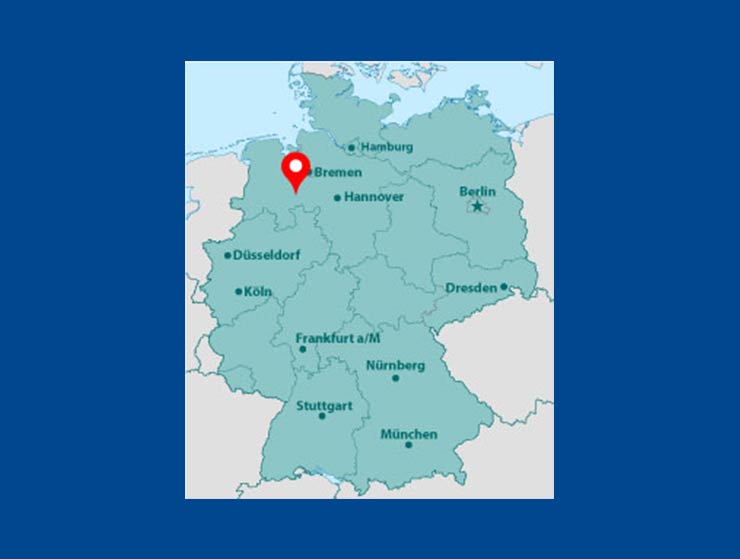 The fuel used by the genset (biogas) is an environment-friendly, renewable source made competitive for energy production by state and regional incentives. In has near zero CO2 footprint as the CO2 released when burning it is the same that was captured in the past by the biological sources from which it derives. 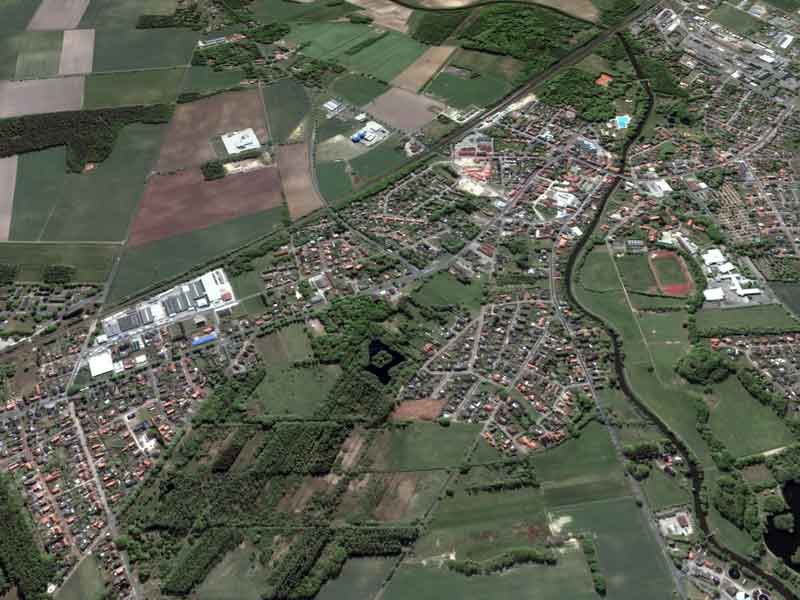 An overview of the village.

The hangar that hosts the plant 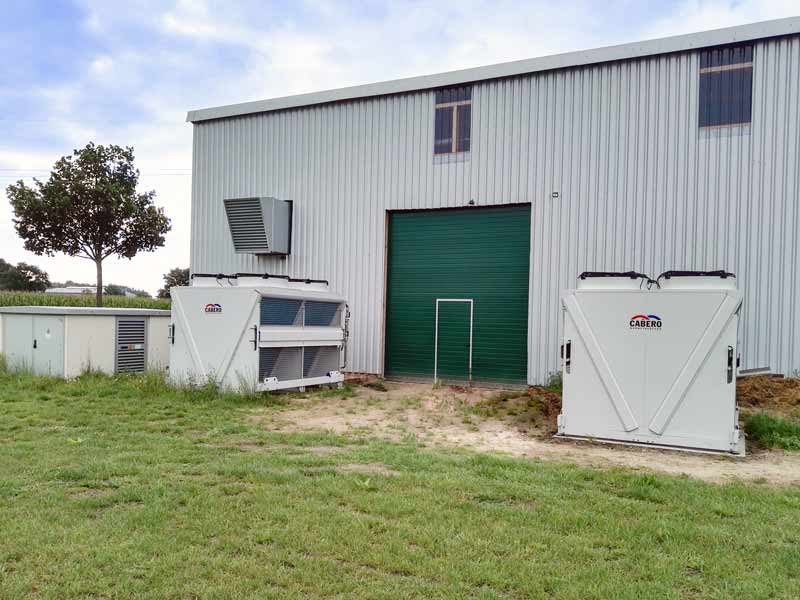 The entrance door and the dry coolers for the condensation stage 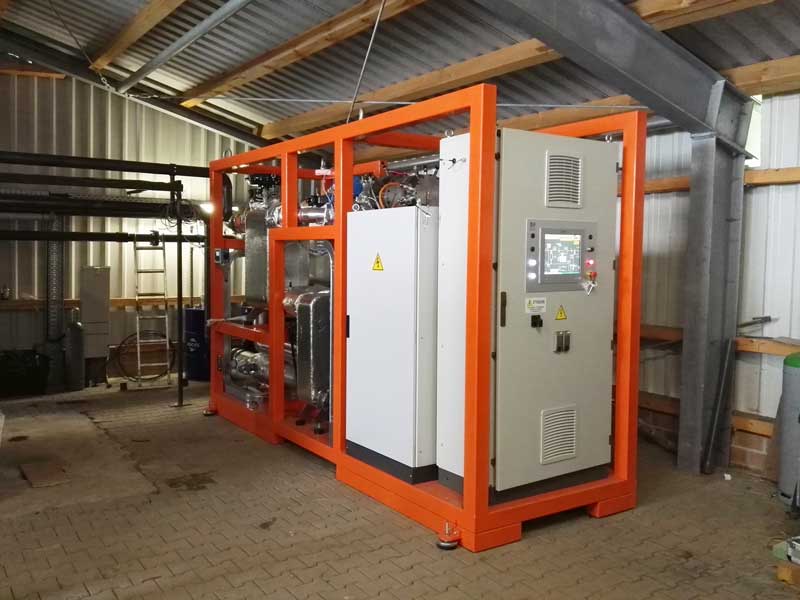 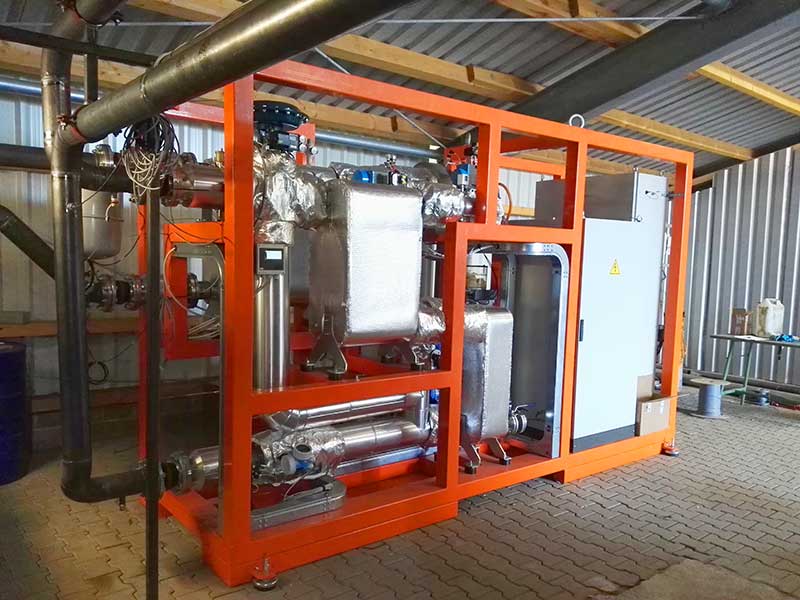 The ZE-40-ULH ORC module seen from the connections side 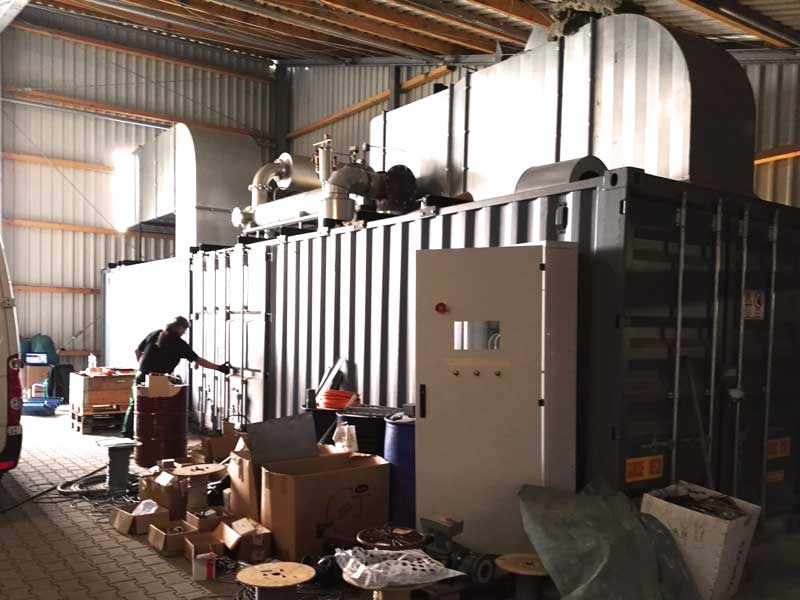