The client who commissioned us this plant is an authorized solid waste manager, which started in 1993 as a sewer cleaning firm and then moved into the the waste transportation and processing sector, where now it operates for several institutional clients.

The firm decided to acquire a waste-to-energy plant to dispose on-site of the wood biomass it acquires in its line of work – mainly tree branches and pruning residues from state forests. Doing so, the firm eliminates the costs (both economic and environmental) of transporting that biomass.

Instead of being transported to the dump, the biomass is now processed on their own premises, where it is ground and burned into a specific movable-grate boiler producing up to 1300 kWT. That heat is then conveyed by an overheated water loop to the ZE-175-LT Organic Rankine Cycle module. The ORC module is hosted indoors and, as all systems we supply, is installed into a self-contained frame (“skid”) that also includes the control panel and the energy grid interface panel. The components that require more ventilation (e.g. the cooling tower for the condensation stage) are installed outdoors. 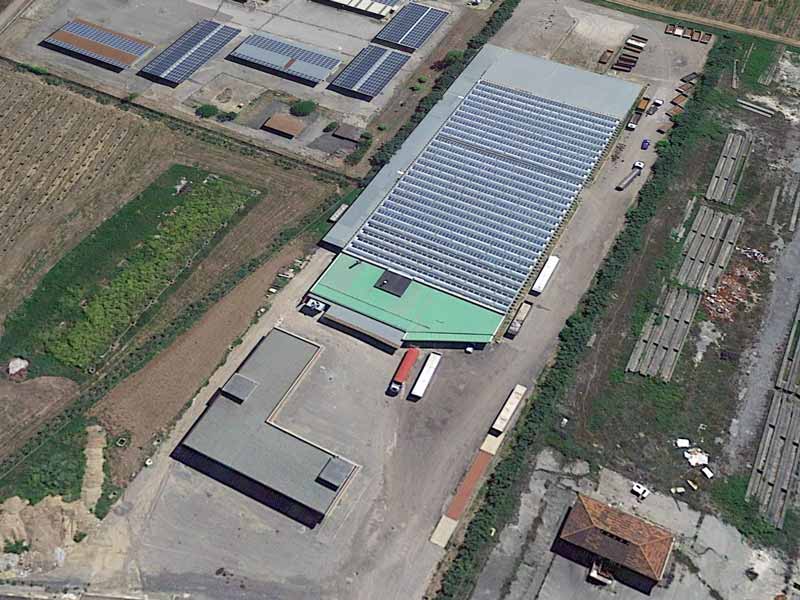 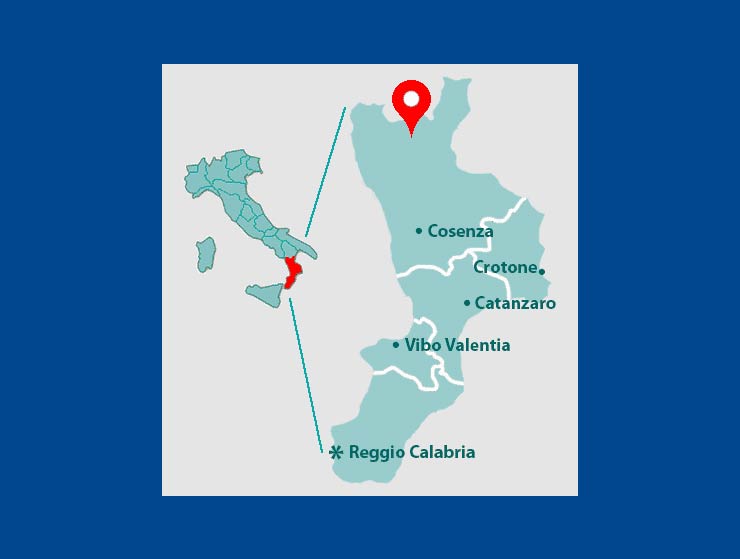 Untreated, virgin wood is an environmentally friendly, renewable power source made more competitive for energy production by state incentives. It also has a minimal CO2 footprint, as the gas released by burning the biomass is the same that was once captured by the plants from which it derives. An added environmental benefit is the reduction in pollution and fossil fuel usage consequential to on-site processing.

A bird's-eye view of the client's premises 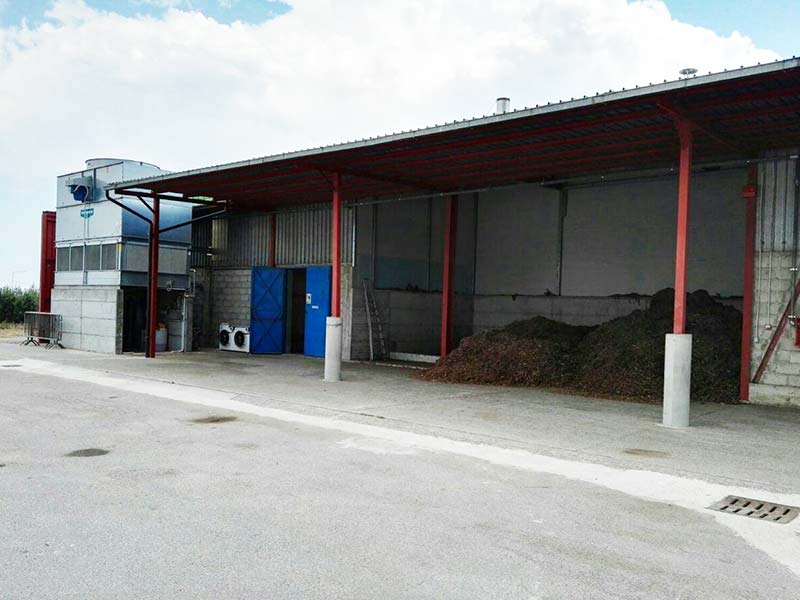 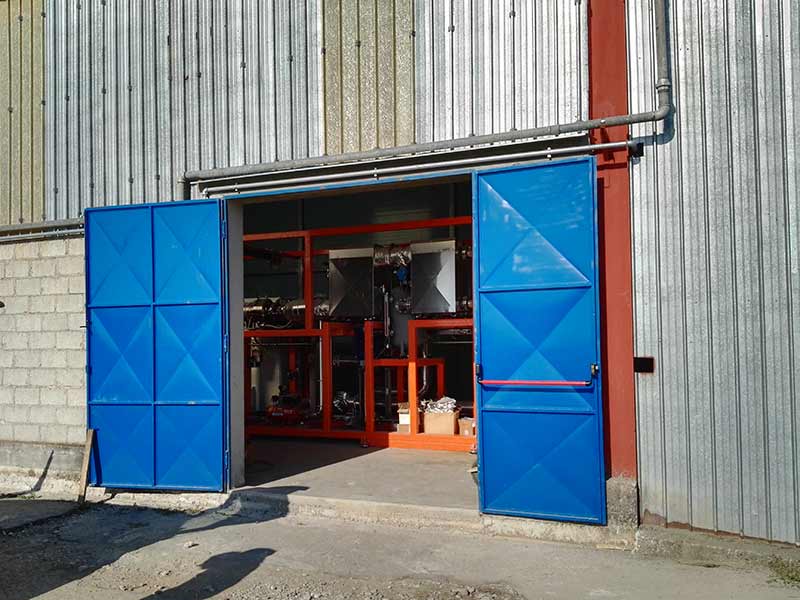 The ORC module skid seen through the shack doors 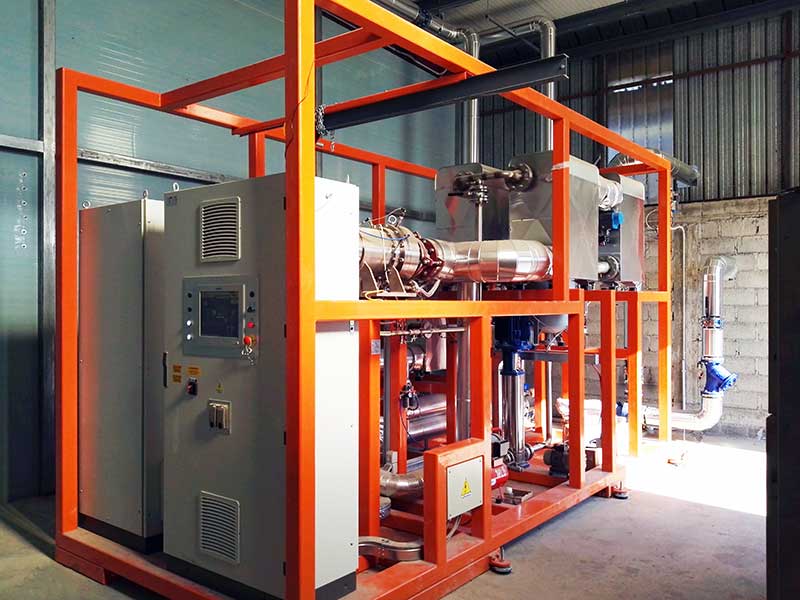 The ZE-175-LT ORC module in its place 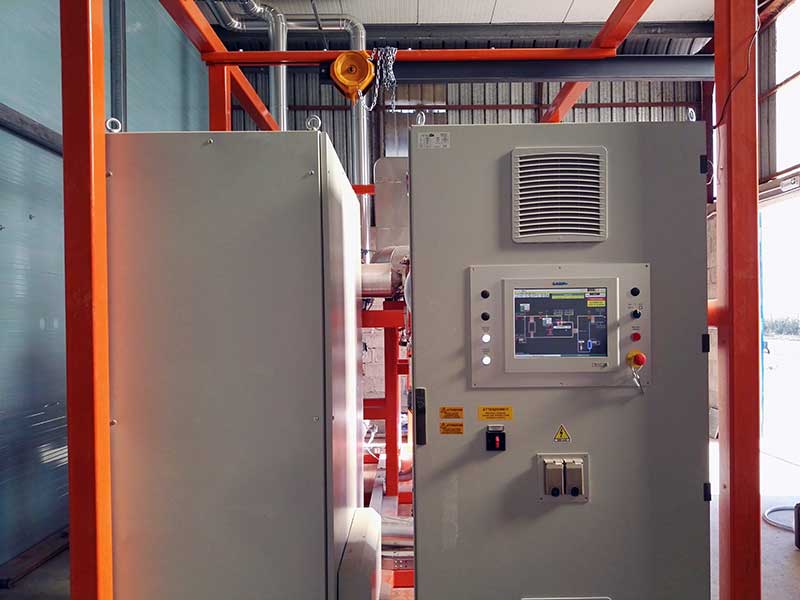 A detail of the ORC module control panel 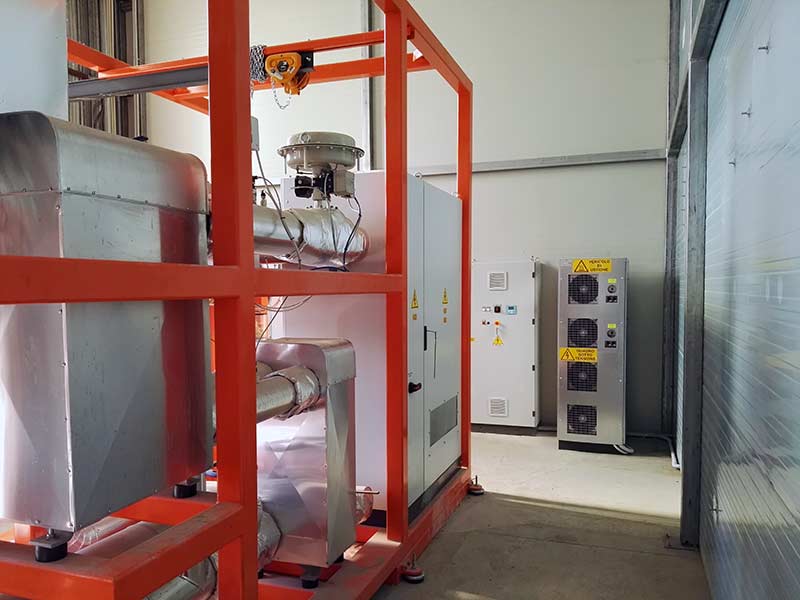 The ORC Module; in the background, the braking resistors cabinet 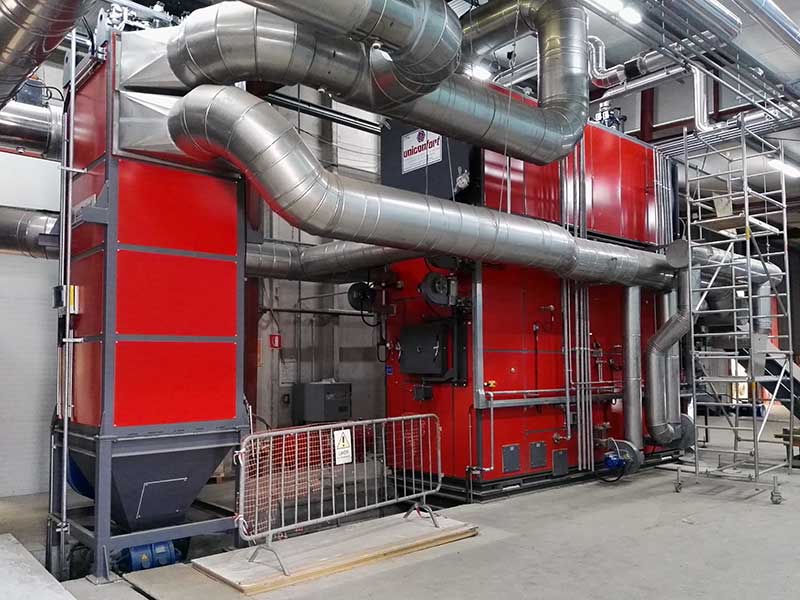 The boiler seen from the flue gas processing side 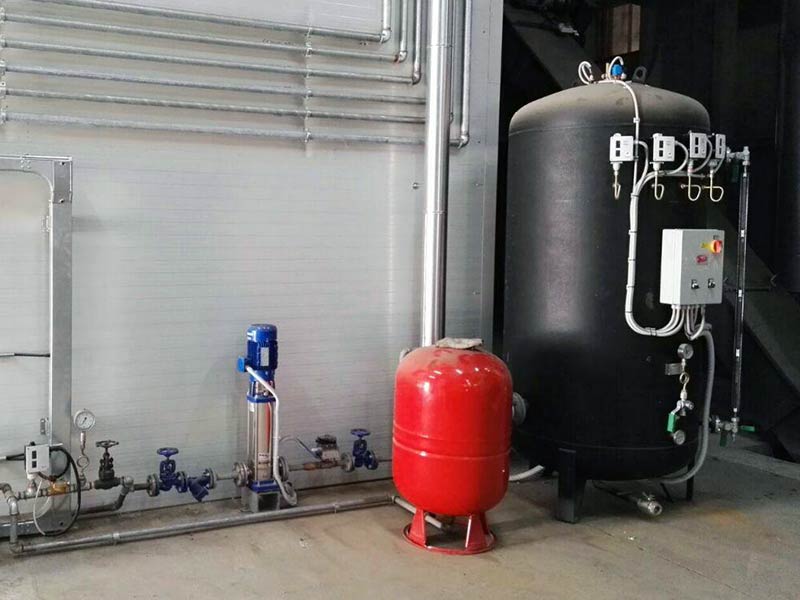 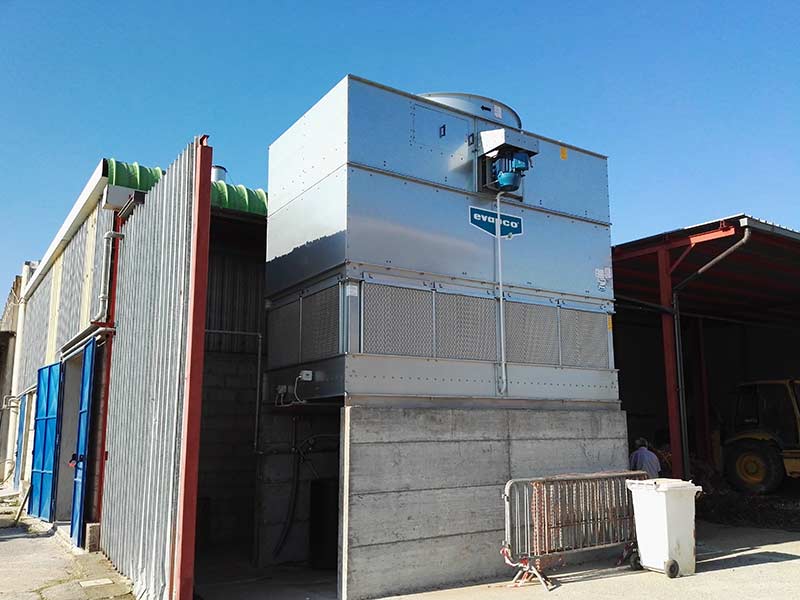 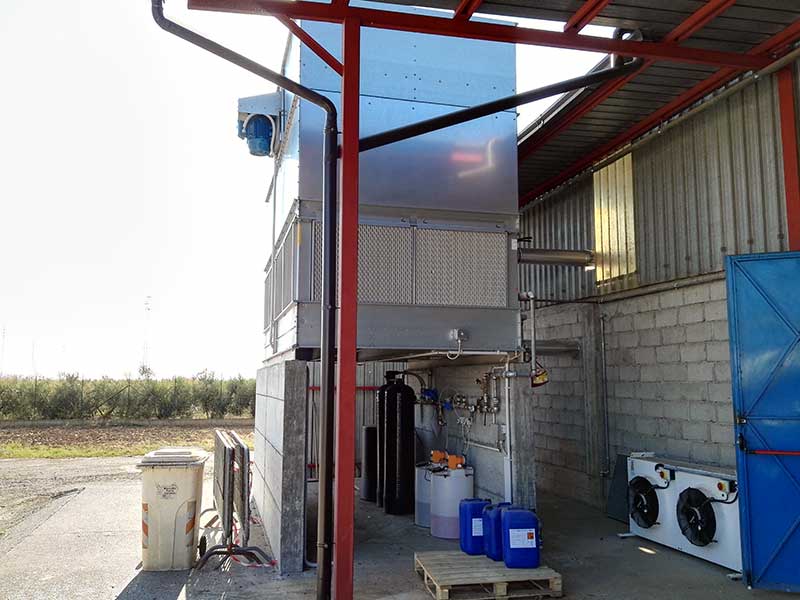 The cooling tower base hosts the cooling water treatment system 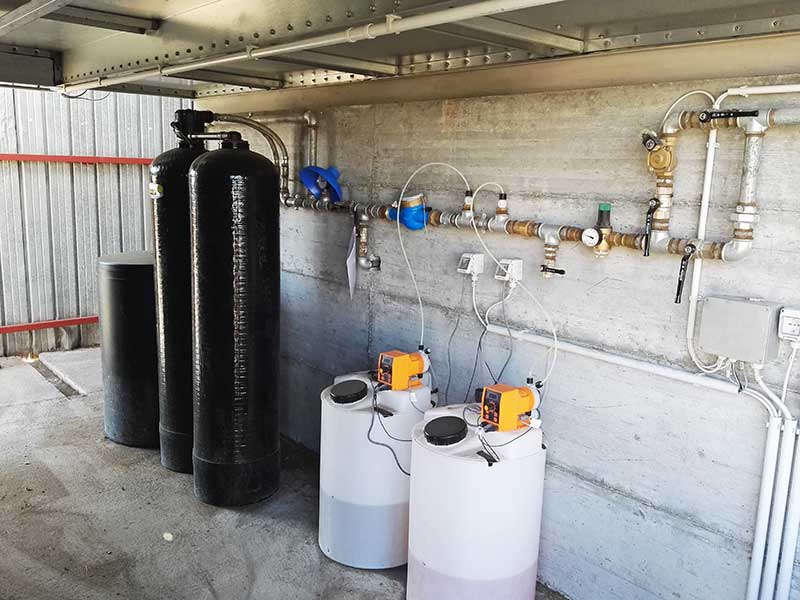 A detail of the cooling water treatment system