The client who commissioned us this plant is a large holiday farm located in the Umbria countryside near the border with Tuscany, that includes several restructured historical buildings, as well as a 60-hectares park including woods and fields. They decided to monetize the waste biomass their park produces (i.e.pruning residues) by using its combustion to generate electricity taking advantage of the existing state incentives.

Pruning residues are collected and used to fuel a movable-grate Herz-Binder boiler that feeds the 1.6MW of heat it generates to two ZE-100-LT ORC modules. Said ORC modules are hosted, together with the boiler, inside a purpose-built building, each on its own skid with its turbogenerator, exchangers and control panel, but operating in parallel with each other. The power produced by the ORC modules (200 kW) is output to the national grid via a nearby grid connection cabin. 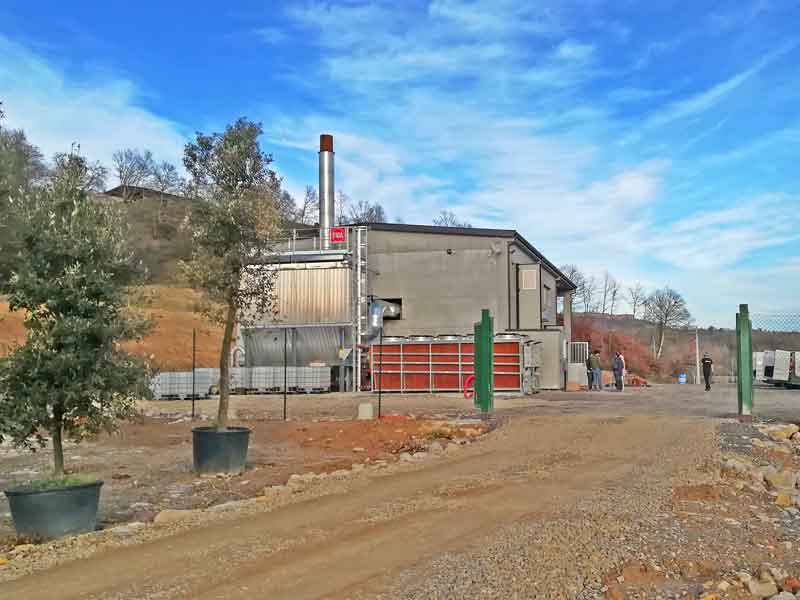 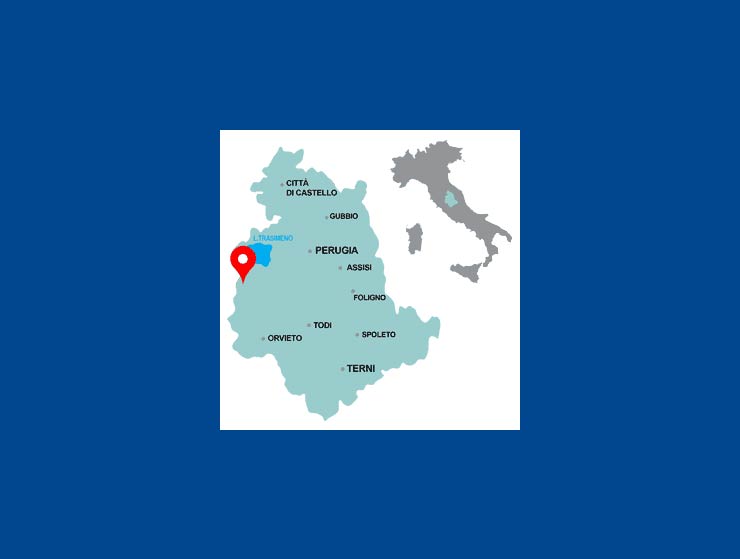 The ORC plant was built with the project financing formula by an energy services company (E.S.CO) which financed the whole plant in exchange for its ownership and earnings for the first years of the plant’s life, during which the client will supply the biomass at a set cost. On expiry of the payback period, plant ownership will be given back to the client, which will have then acquired the plant practically for free. As all biomass, pruning residues are an environmentally friendly, renewable and incentivated energy source that’s CO2-neutral as the CO2 released when burning biomass is the same captured during biomass growth. 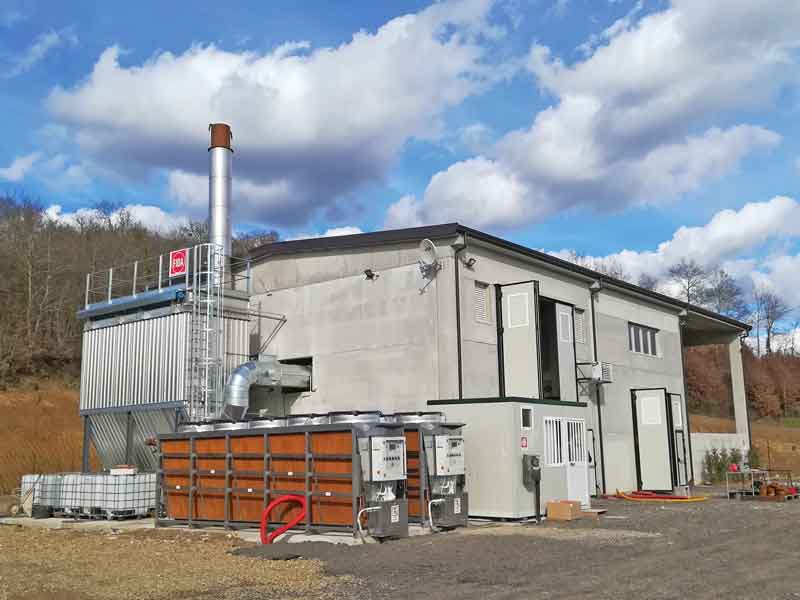 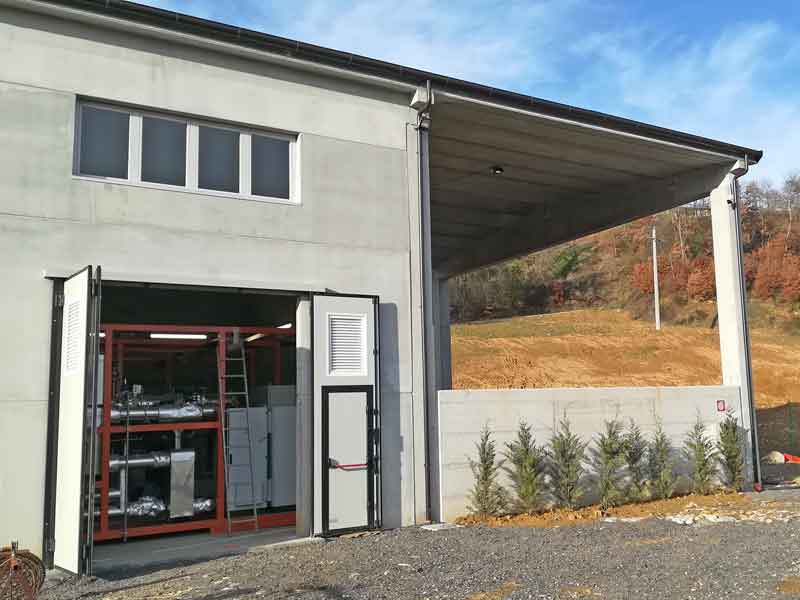 The ZE-100-LT ORC modules seen through the ORC room door. 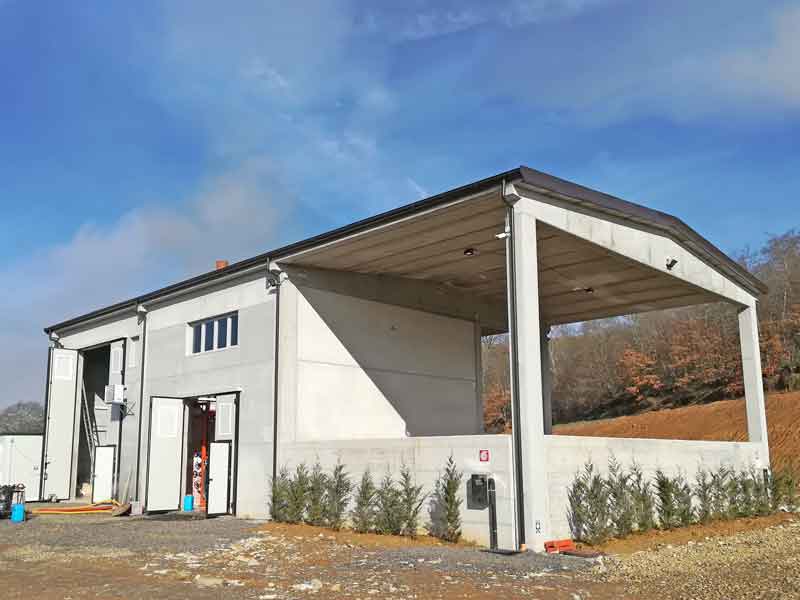 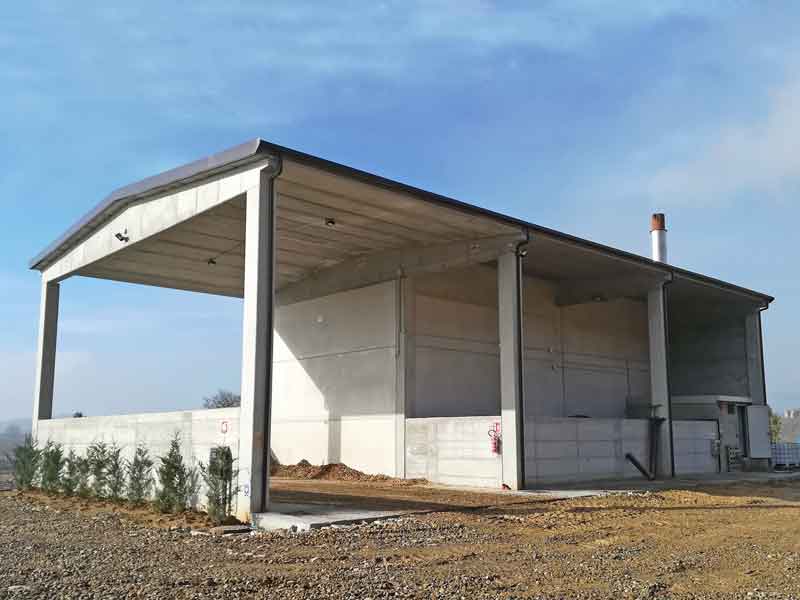 The rear of the power station with (L to R) biomass storage, fuel hopper and control room door. 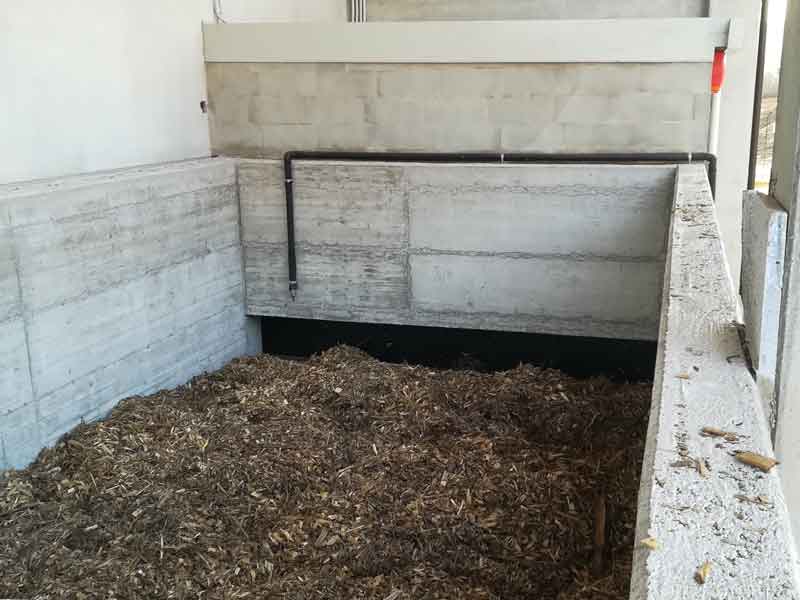 The fuel loading hopper, with feeding rakes on the bottom. 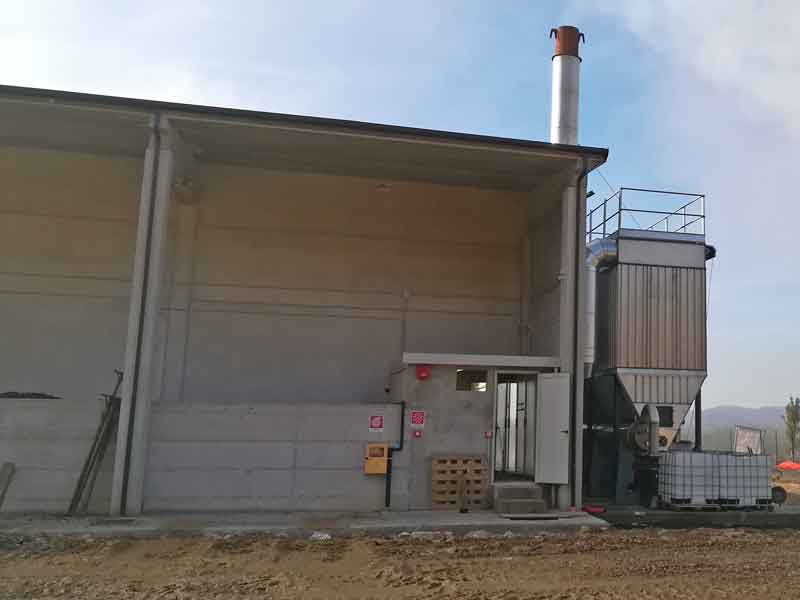 The open door of the circuit breakers room. 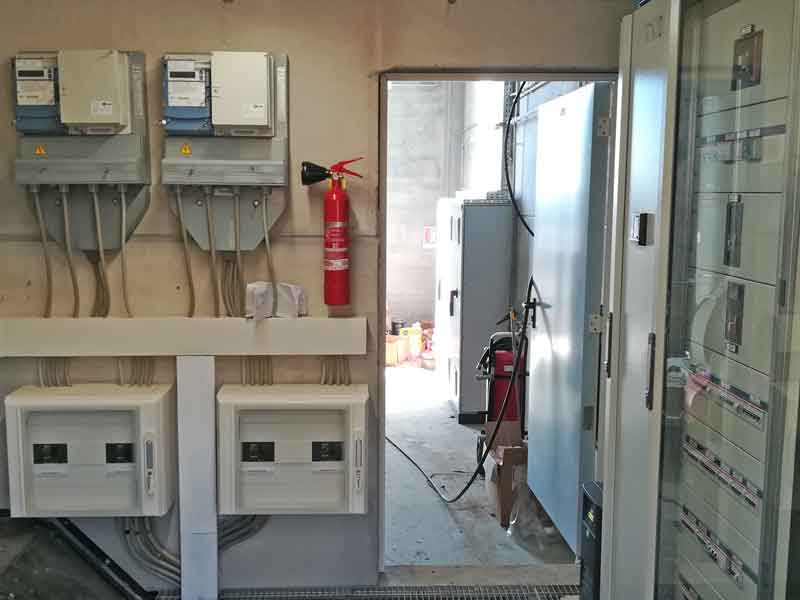 The circuit breakers room from the inside.Door leads to the boiler room. 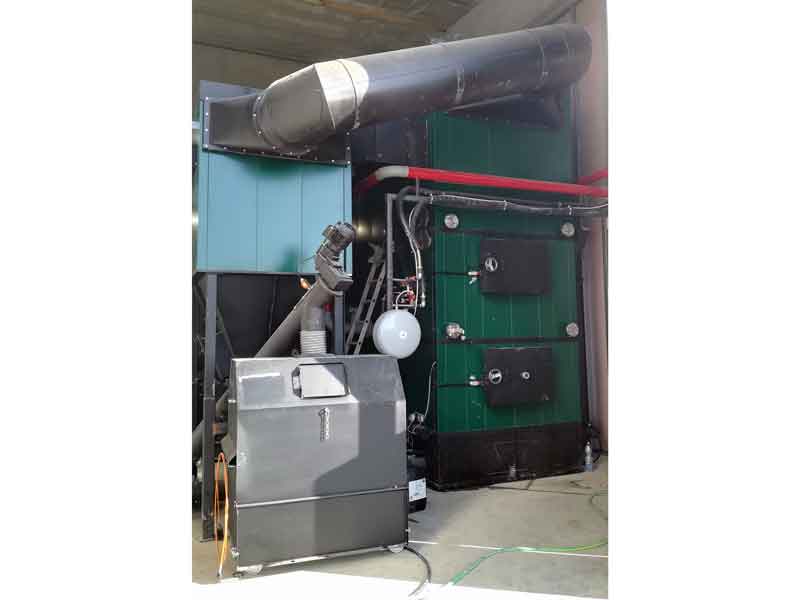 The boiler (right) and the ash filter (left).

A peek inside the operating boiler 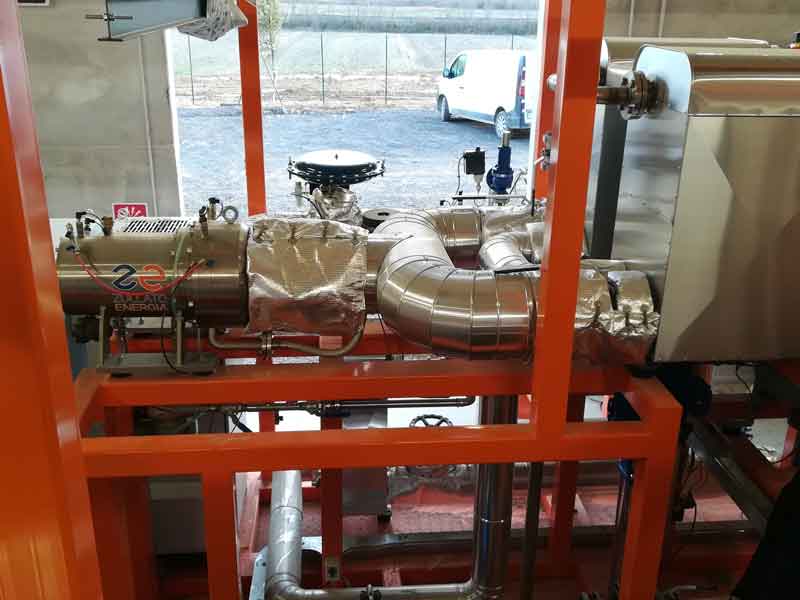 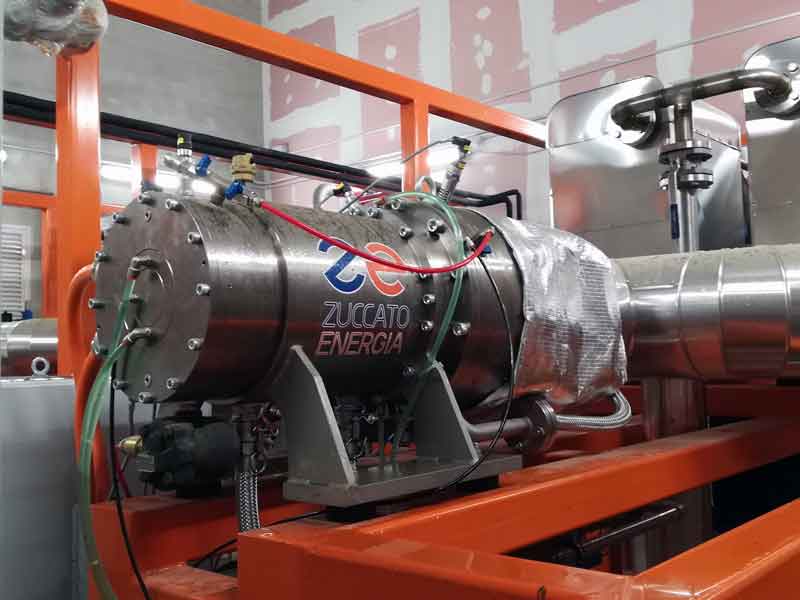 One of the 100-kWE direct-drive turbogenerators 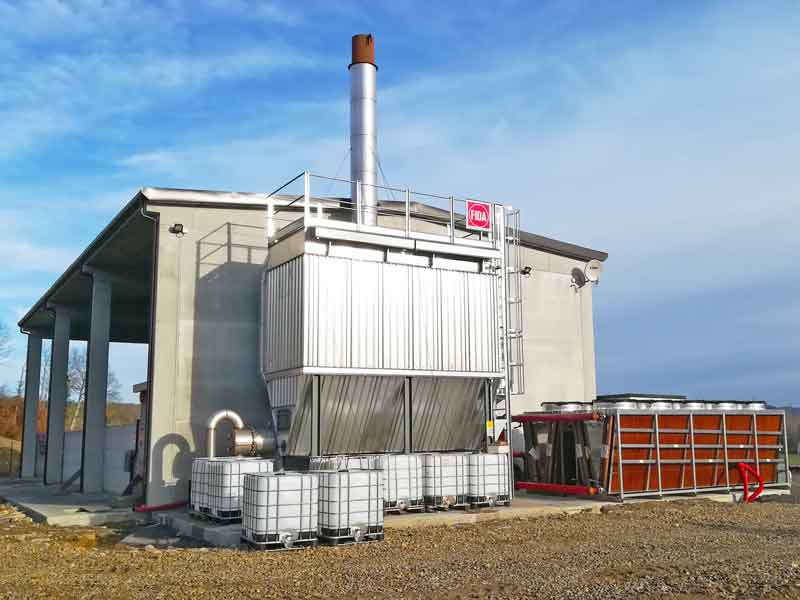 Flue gas treatment system and chimney. On the right, the dry cooler. 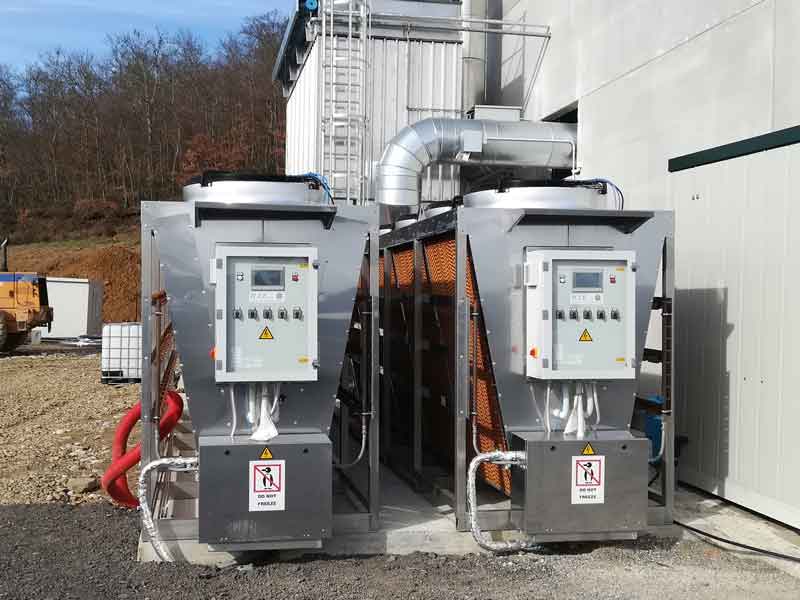 A detail of the dry cooler control panels. 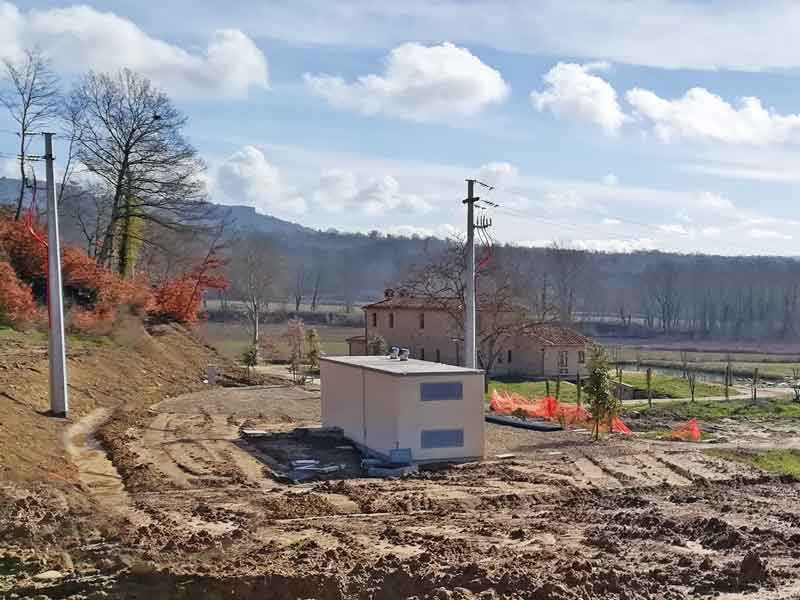 The nearby electrical cabin.